If we use realistic assumptions for stock investment, then the supposed catastrophe countries for stocks are suddenly no longer look so bad.

For our analyses, we realistically assume that investors make several similarly sized investments into large companies each year.

Take Spain for example. The perception is that Spain is bad, right? That’s fake stock news! The Spanish stock index, IBEX, is higher than at the beginning of the century (graph shown below). 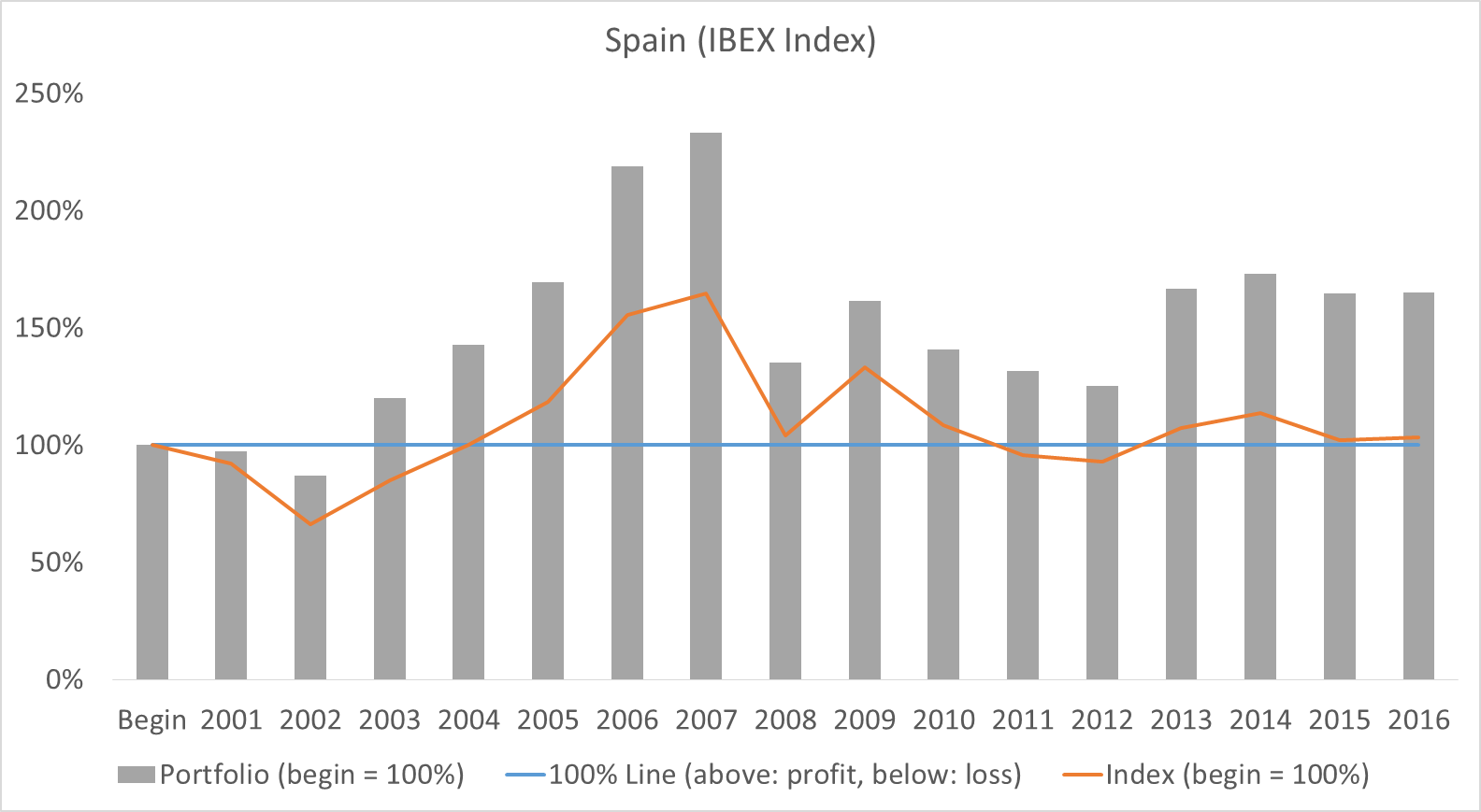 For those who invested in Spanish stocks, their stock value is 65% higher than in the year 2000, despite Spain’s well-publicized economic crisis. More importantly, the overall portfolio value was only negative in the beginning. Since then, it has never fallen into the negative or into the red. Those who put their money in their mattress missed out on a 65% return on their money.

Even if you invested at the worst possible time, namely in 2008, you’d still have had a positive return for four years (graph shown below). 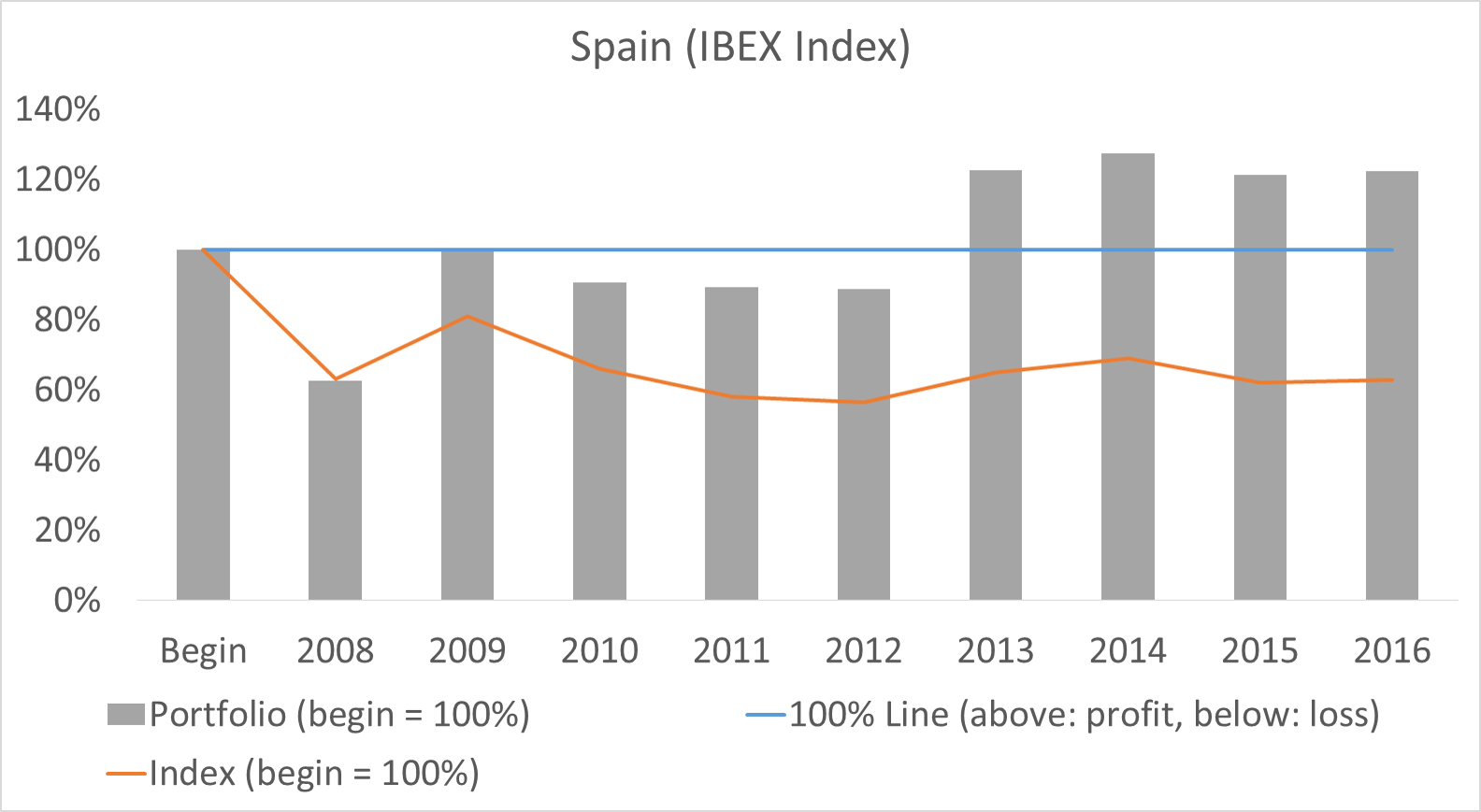 This has taken place amid very difficult economic circumstances in a country that has been publicly decried as a "PIGS" country.

Portugal, another of the PIGS countries, along with Spain, Italy and Greece, yielded an even higher return of 139% (graph shown below). 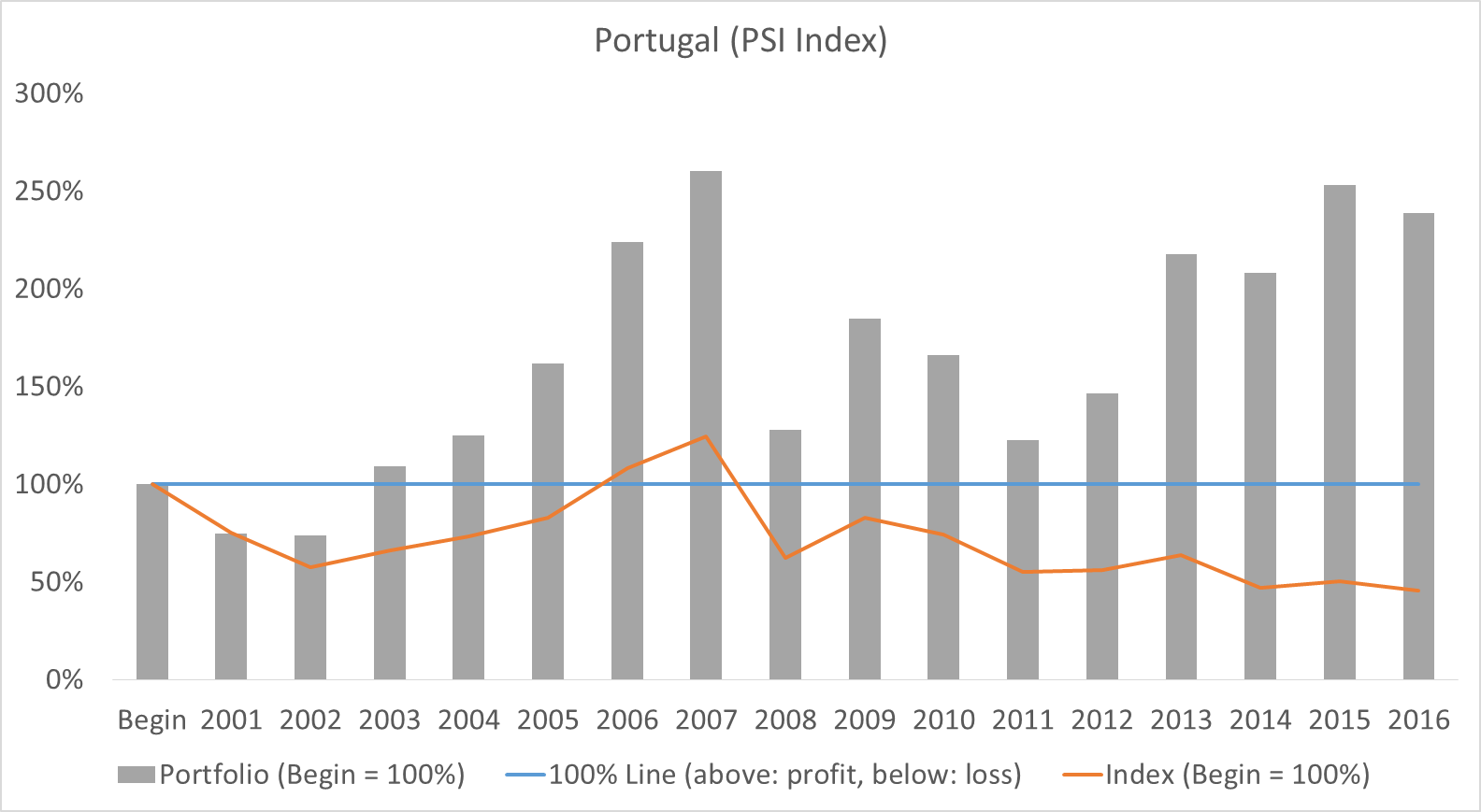 Shareholders in Portugal have now realized a 239% return on their original investment.

Of the four PIGS countries, only Greece is still in the negative (graph shown below). 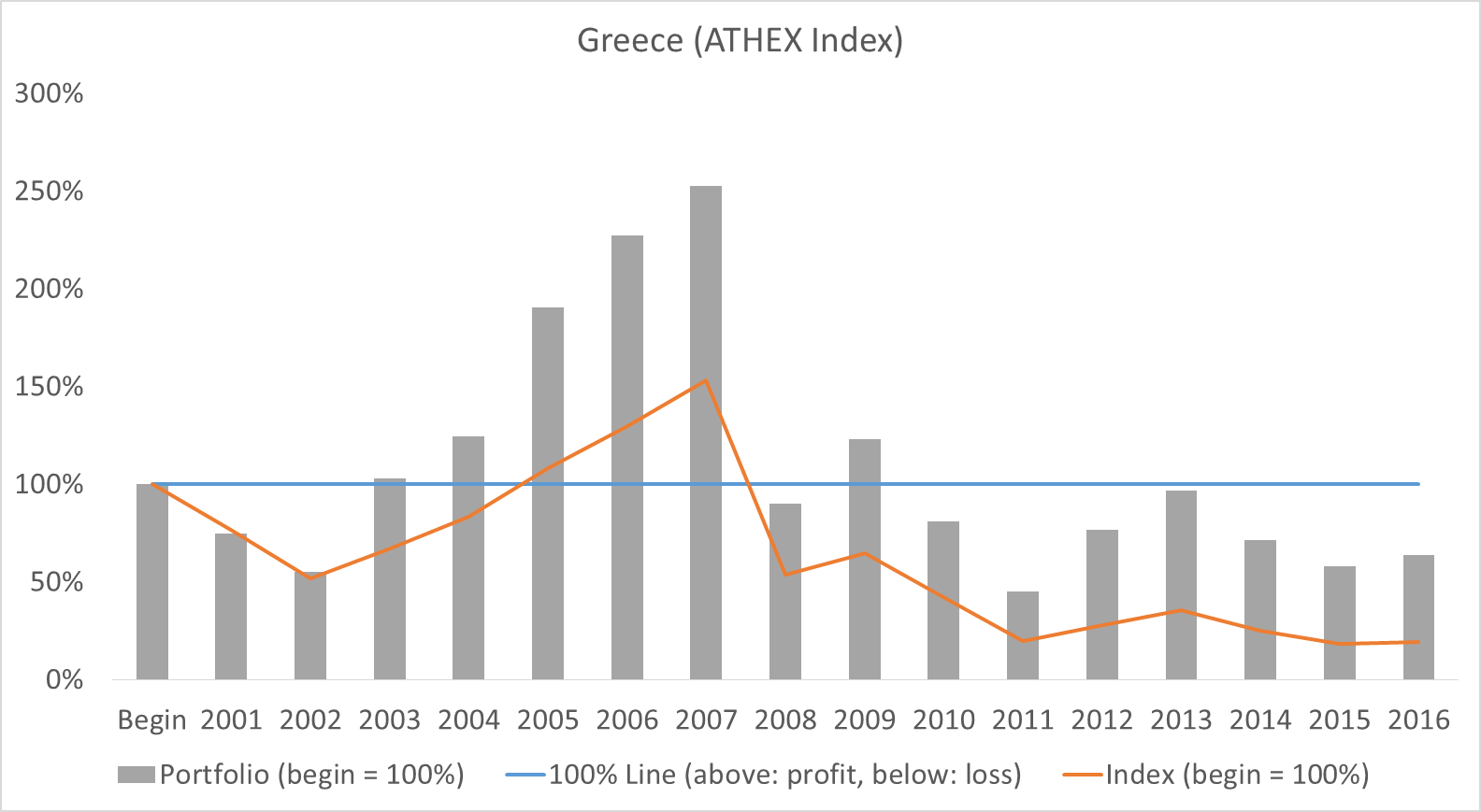 However, it’s very unrealistic to assume that people invested their money only in Greece. Not even Greek shareholders would do this. Reasonable equity investors invest their money in several markets because diversification creates more security.

How we made our calculations: We have purchased all the data from Standard & Poor's, i.e. we do not calculate our own return by ourselves but are licensed by one of the largest financial data providers. In order to calculate the gray bars, that is, the overall portfolio value for an investor, who invests in large stocks of the country every year, we have taken the largest 20 stocks in the country for each year and calculated their return, plus dividends from Standard & Poor's. We then assumed that each stock has the same value in the portfolio account and then calculated the total return and the portfolio value at the end of the year. This is the closest approximation to a typical investor. We have divided this amount by the sum of all annual investments. If the current value of the portfolio is higher than the sum of all investments, then the bar is over 100% and less than 100%, if there were losses.