Obermatt CEO Dr. Hermann Stern was lucky enough to receive an invitation to breakfast with Swiss chief economist Dr. Daniel Kalt from UBS. The facts he laid out on the table were not only convincing, but also highly complex. Dr Kalt began his explanation by pointing out that we are currently in a long boom phase – the third longest since WWII (see picture below). 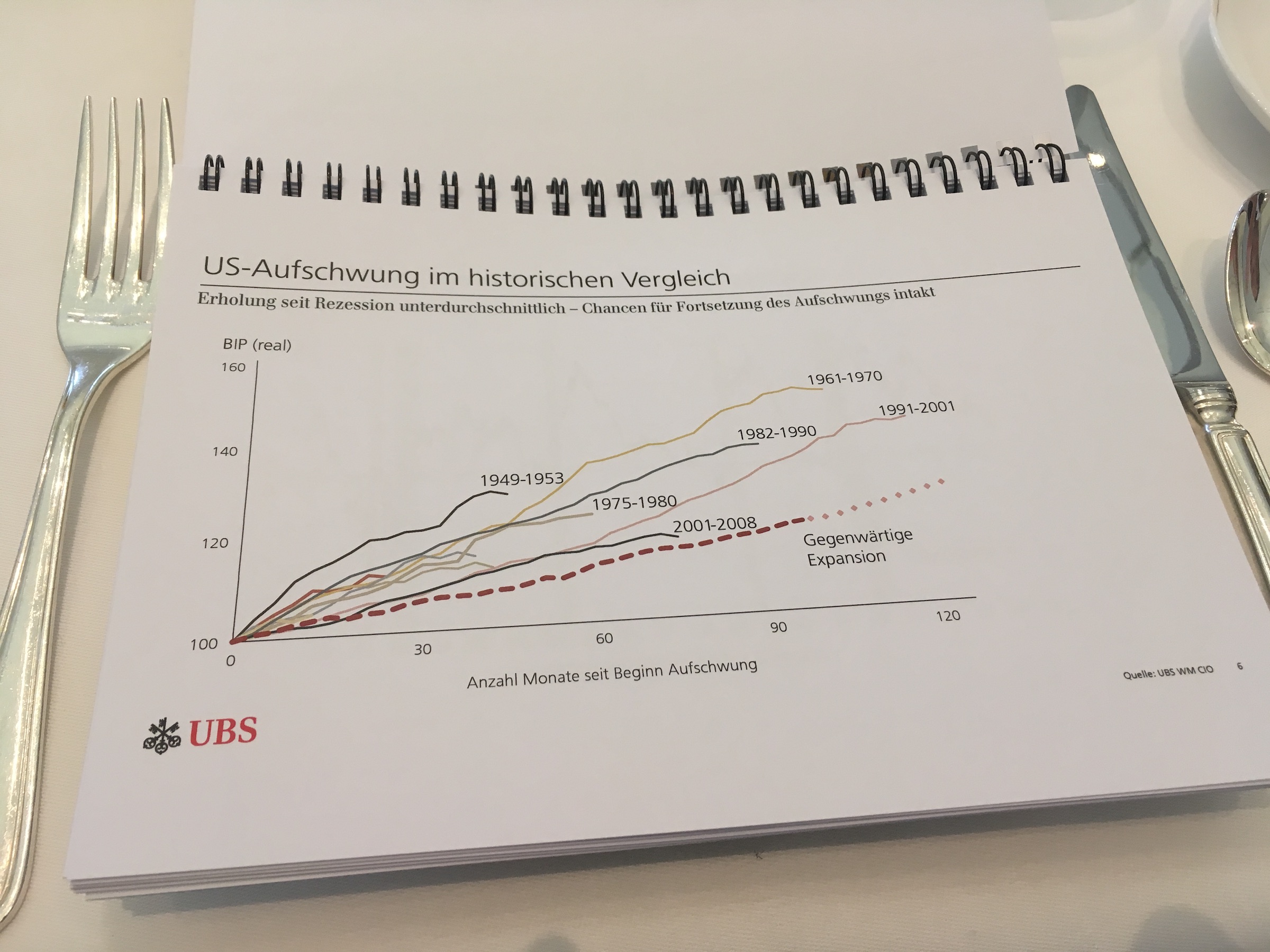 Boom sounds good – but also makes alarm bells go off. That’s because we all know that these phases can’t go on forever. In fact, the current boom period is the longest in history, since the economic slumps in 2001 and 2009 were hardly noticeable. This means that we have basically been in an upturn since 1991.

These 27 years are three times longer than the boom period from 1961 to 1970, which was followed by five years of heavy recession with unemployment on a massive scale. Are we therefore about to face a similar situation? It’s not just hard to predict, but actually impossible. The markets are doing very well, as Dr. Kalt shows by highlighting the interest differential curve: As long as it runs above the zero line, everything runs smoothly (see picture below). However, the direction of the curve is worrying. How long will it take until it crosses into the negative? This will mean recession. 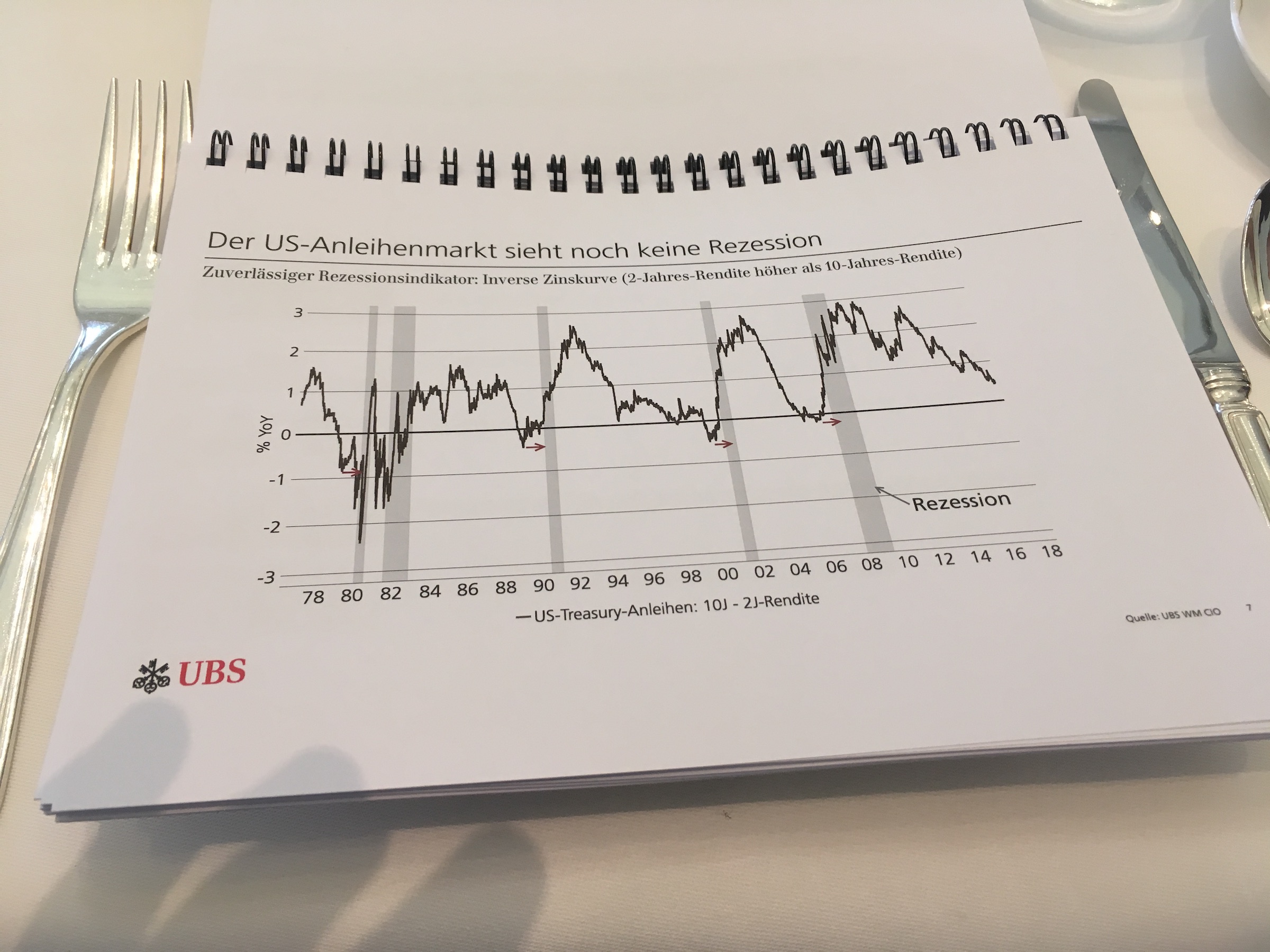 These thoughts confirm Dr. Stern's conservative investment strategy during his fourth season of buying stocks. He won’t invest his weekly five thousand francs in much-hyped technology stocks, but rather in the opposite, the company Fortum from Finland. They are in the waste disposal business and they have excellent Obermatt ranks: From value to growth and security, everything looks great. One reason is that waste disposal is still needed in a downturn. For this reason, Dr. Stern's buying 220 shares of Fortum from Finland for a total of around 4,400 Swiss francs. That was his decision – we wish you good luck with yours!

We want to thank UBS and chief economist Dr. Daniel Kalt for the kind permission to use their economy analyses.